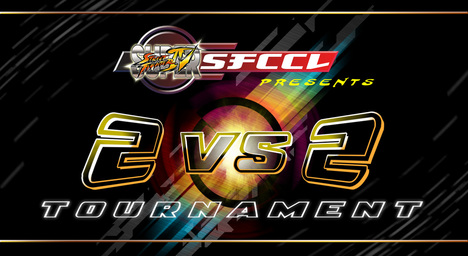 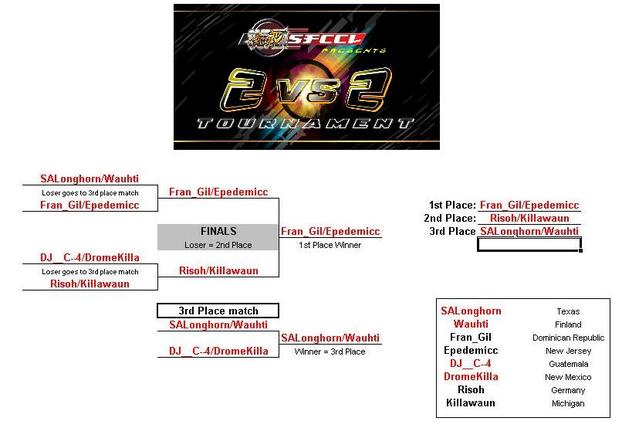 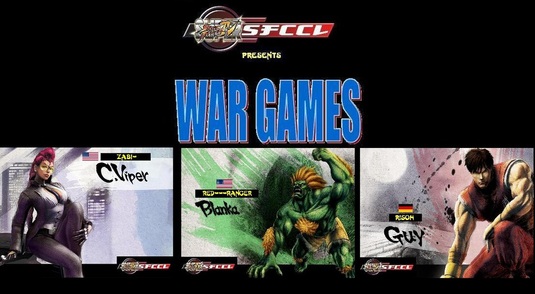 Congratulations to ZABI, RED---RANGER (both from New York), and RISOH from Germany for winning 1st, 2nd,and 3rd Place, respectively.  All held played until the very end and were the first 3 fighters to win 7 matches in the Final Lobby.  A total of 12 members participated in the event, but over time, some dropped out due to the time.

A special thanks to the following members for participating:

Below is the order of the Finalist in the order they qualified: 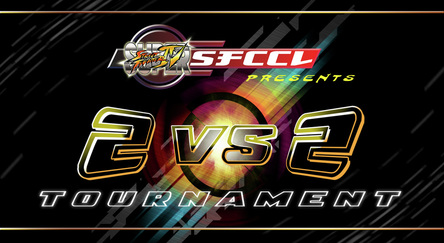 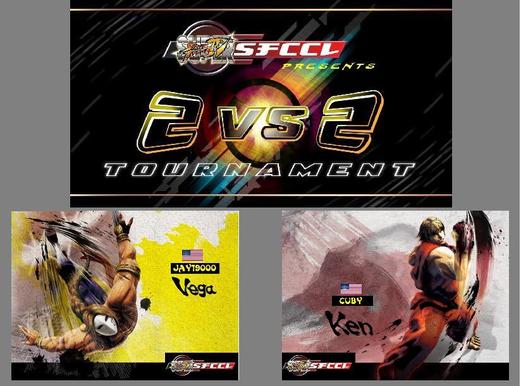 How: Open only to currant active SFCCL members as of Week 13 (Dec. 20) & must be online at the time of the event listed above to be included in 2v2 Tournament

It's time for the 4th Official (3rd Live) Event of season two, the 2v2 Tournament. An oldie but a goodie from last season. Fortunately, with Super Street Fighter IV, the online Team Battle mode will make this event very easy to play since all 4 members will be in the same lobby and play the match within Team Battle mode. The rules will be slightly different this year to accommodate the online mode.

Since the previous two live events were set at times convenient for European members and West Coast members, respectively, this event is scheduled for 'primetime'. The event will begin to get organized at 8 PM Eastern time (7 pm Central / 5 PM Pacific). All Americas members must meet in the SFCCL Clubhouse in HOME to begin the event. This is an easy place where I can communicate to everyone at the same time thru my headset. I'll communicate the rules one last time and answer any questions before randomly setting up the brackets. The game can then easily be launched from within HOME including bringing your teammate/opponents with you into the Team Battle lobby. Try it out in advance to see how it works. Once first round matches are setup, all future matches will be sent via PSN message.

Each team will consist of 2 real members/players. A member cannot play the two fighters on their team. Each member must be using their own PSN screen name known to the league. Otherwise, the Team Battle mode will not work in the 2v2 setup. Teams can be setup in advance to the tournament, but note, all participating members need to be present at the time of the event. Otherwise, you will be teamed up with another member. Don't worry if you don't have a teammate going into the event. Just show up, and a teammate will be assigned to you.

In order to prevent this event from lasting all niter and turning into another Survivor Series all-nighter, the event will be setup to keep the fighting to an hour or two at most (hopefully). All matches will be 5 rounds matches and the tournament will be double-elimination. It will NOT be best 2 out of 3. That provision would probably double the time to complete the event. To compensate, note that all matches are 5 rounds and the tournament will be double-elimination so there will be plenty of fighting.

Members can use any of the 35 fighters in the game. You do not have to use your 2 league fighters, but most will. Teammates are free to strategize who fights first and such, but do so quickly to keep the matches moving. Best if your team chats before going into the match.

This is another great opportunity for all members to earn their shot at a high ranking fighter and jump in the divisions. For the higher ranked fighters, a Prize Match could guarantee a high ranking or rematch. Good luck to all members and I look forward to seeing everyone for the 2v2 Tournament!

WEEK 11 (NOV 15 - DEC 5, 2010)
Each division will be involved in a 16-fighter single-elimination tournament. The event is designed to take during Week 11 over 21 days, or three weeks. Week 11 is the only week this season that covers three weeks. It was designed this way for a specific reason - with hope that the extra time will result in all matches being played. There isn't anything I hate more than 'deciding' matches at the end of a week. I am REALLY going to hate to do this during a special event like Fall Brawl, so I plead that every member plays their matches. If you lose, then you will not have to play again until we begin Week 12, which starts on December 6th. If you win your matches, look up your bracket to see who you fight in the next round. If that match is posted, play your next match in the next round. Don't wait for me. I have no problem at all with members playing all of their matches as soon as possible. If a tournament is completed before the 21-day period is over, GREAT! So please be diligent in contacting your opponents every day during Fall Brawl to setup a time to play. The winners will have more matches to play during this three-week period so I hope everyone does their best to complete all first round matches as quickly as possible. For consistency, I will 'decide' matches to keep a tournament moving forward for the other members who do want to play. Below is the deadline for each round:

The seeding in the brackets will be taken directly from the rankings in each division. Following this current Week 11, new division rankings will be posted. From those rankings, the first round matches will be created. The division champion will be matched up against the lowest ranked fighter in their division, the #1 contender will be matched against the 2nd lowest ranked fighter, and so forth. As a reward for being higher ranked, your path to the finals will be easier based on the rankings and seeding.

For the majority of the fighters that do not win their tournament, your results are still very important as they will determine your new ranking going into Week 12. Each bracket (division) has 16 fighters which are ranked from Champion to #15 rank. The fighters who lose in the first round of their tournament will be ranked in the lower half of their division in Week 12 (#8 rank thru #15 rank). Why? Simple, because there will be 8 winning fighters advancing to the second round of the tournament, and therefore, will end up taking the top 8 spots in the division for Week 12. Below are the first round matchups for every division:

The results in the higher rounds will determine their final ranking. Obviously, the tournament winner will be the division champion for Week 12. The runner-up will be the #1 contender, and each of the losing fighter will be ranked based on who they lost to. So, if you lose, hope the fighter that defeated you wins the tournament as that will result in your fighter being ranked highest among the other losers in the round you lost in. For example, if you lose in the second round and that fighter goes on to win the tournament, your fighter will be ranked the highest among the second round losing fighters which would be the #4 ranking. The following legend should help explain how the rankings will be finalized:

All Prize Matches will be scheduled during Week 12, with the exception of the Gold Champion. All other fighters will return to the regular weekly ranked matches during Week 12 as well based on the new rankings following Fall Brawl. 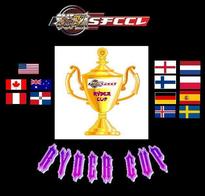 For results, see RYDER CUP I and RYDER CUP II pages on title bar at top of page. 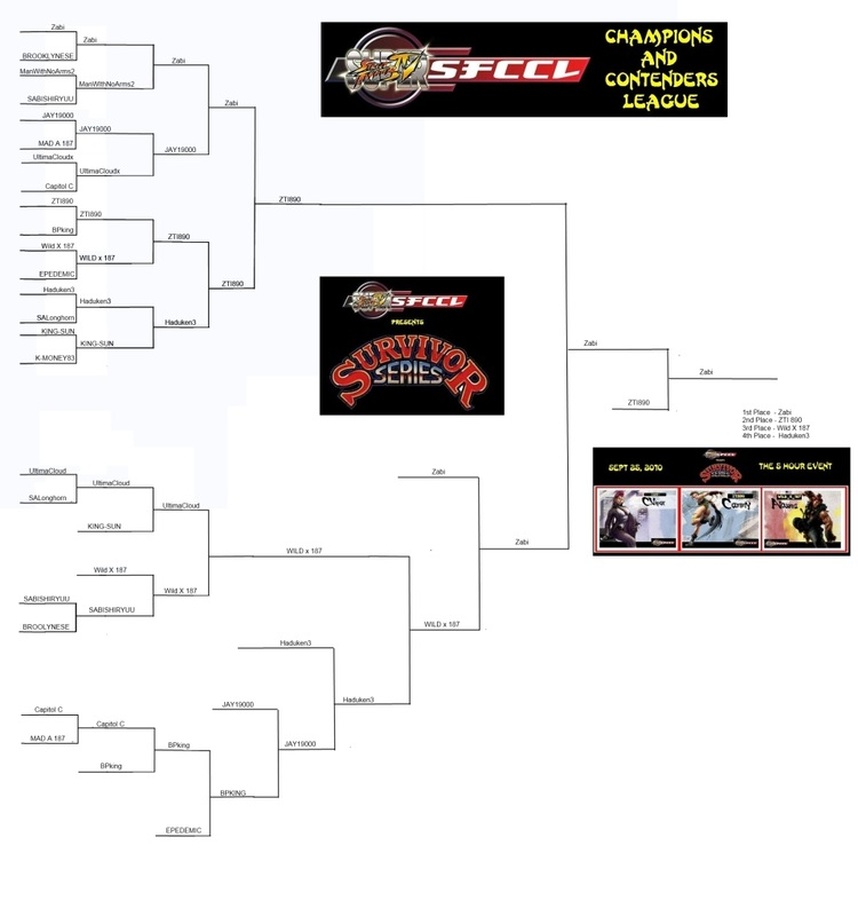 The first official event this season, WAR GAMES, is "in the books", as they say. WAR GAME is now officially complete. Special thanx to all the 7 participating members below:

What happened to the Euros? This event was planned in part to accomodate the European players, but only Subes88 showed up. Other future events will take place at different times to accomodate some of the west coast players, as this event began at 6 AM on the west coast. Sorry for the early wakeup guys!

As promised, SKRFACE13's BLANKA made an appearance and went on to claim 1st Place. That impressive feat earns Skrface the right to challenge any member in the league for ranking with one of his fighters. Anyone want to guess who he may challenge? Here's a hint...get ready for MotW II! HADUKEN3 went on to win 2nd Place. That prize earns him the opportunity to challenge any fighter in the same or next highest division with one of his fighters. Finally, 3rd Place was won by yours truly, SALONGHORN. By winning 3rd Place, I earned the right to challenge any fighter in the same division with one of my fighters. The winner of the Prize Matches take the higher ranking and the loser falls to the lower ranking between the two fighters.

All Prize Matches will be played as part of Week 4, which begin next Monday, August 9th.

NOTE - To all participating members playing in a Prize Match (this includes those members/fighters being challenged by the above mentioned winners), please make it a priority to play the Prize Matches as soon as possible. The outcomeof the Prize Matches will determine your regular weekly match with your fighter. For example, if I challenge the Bronze Champion with my Ken, then I need to play that match first with Ken in order to determine who I will fight in my regular Week 4 match with Ken, either a title defense as Bronze Champion or my regular ranked match.

Thanx again to all particiapting members. There will be another event in two months (see Season 2 schedule on the Members Database page at the bottom). Congratulations to all the winners and good luck in your Prize Matches. 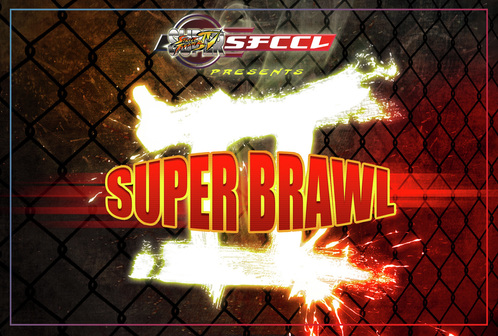